Deafness in the Boston Terrier breed has always been one of the most ancient and misunderstood issue since the inception of the race. It has been much debate and there is still much controversy and differing opinions.

I'll give some notes on it that I have read and finally find several links where you can look for more information.

-Different investigations support or reject﻿ the "theories" of what specimens with larger white coat, blue eyes and coat colors other than those accepted by the standard are associated with greater hearing loss, the fact is that there is anything scientifically tested and that there are Boston Terrier with blue eyes without deafness and other hearing impaired adapted standard. The only thing guaranteed if a Boston Terrier is deaf or not is the BAER test.

-The BAER test (which is also performed in humans) is the measurement of auditory evoked potentials, recording the electrical activity in the  cochlea and auditory pathways in the brain.

-Keep in mind﻿ that a stud and bitch with BAER test normal can have puppies with deafness and deaf male or bitch can have healthy puppies. The puppy should be the test to confirm whether or not deaf, do not be fooled.﻿ 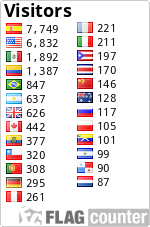